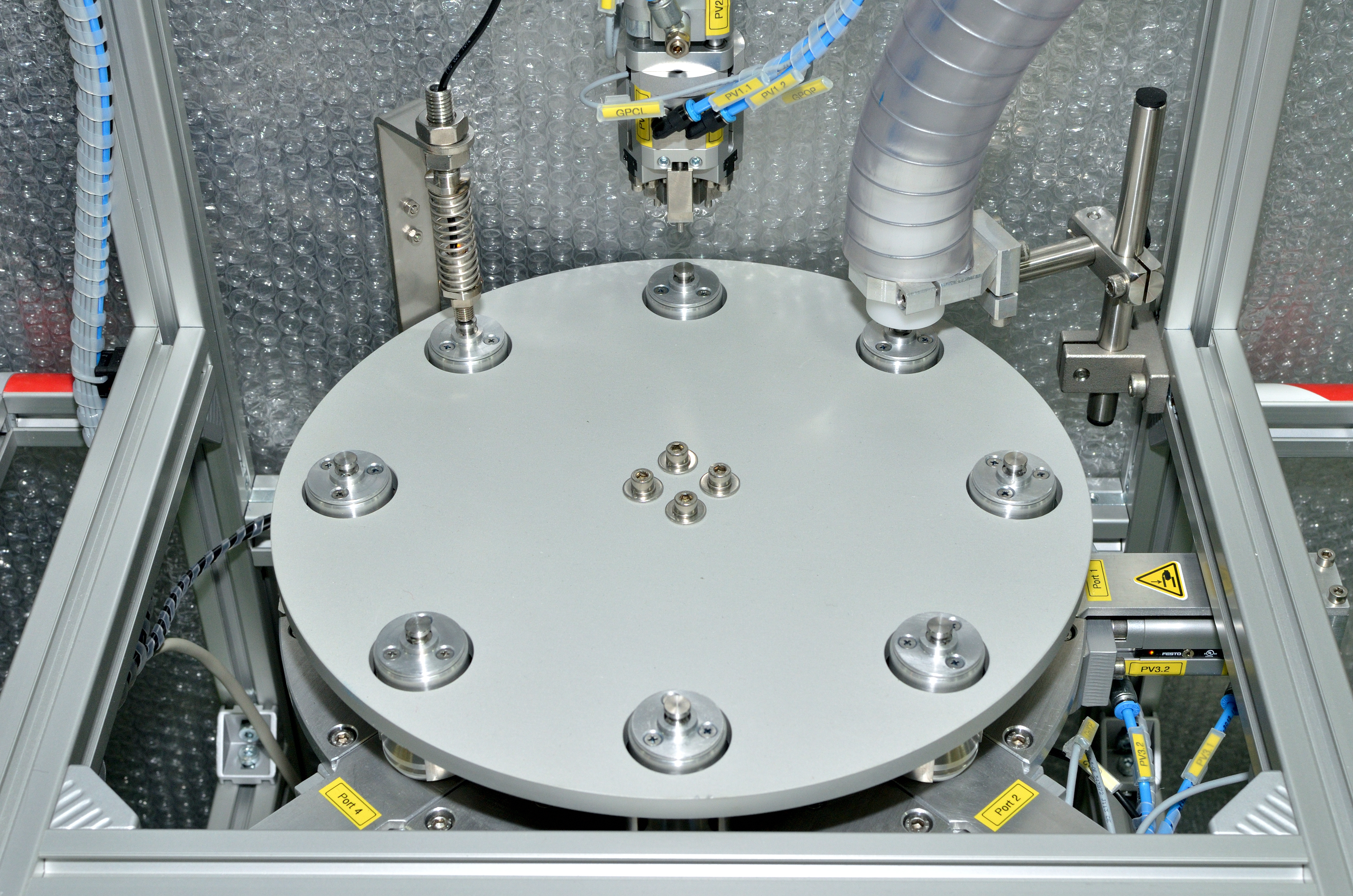 The system uses a powerful blower for generating under-pressure, which transfers the sealed and locked capsule with the target disk. This way the system is inherently safe, i.e. radioactive particles released from the target cannot enter the atmosphere of the installation.

The system has five main sub-systems: the robotic target handling station, the control cabinet with the PLC-based control and safety system, the blower station, two capsule tracking stations and up to five capsule receiving stations installed in hot cells for receiving the capsules with the irradiated target disks.

Before each transport cycle, the robotic station will check is there an available capsule for receiving the irradiated target disk. The transfer cycle cannot be initiated if there is no properly closed capsule in the tray of the target handling station.

It contains the PLC and the input/output interfaces controlling the operation of the transport system. The individual components of the system are connected to the control system with appropriate cables. There is a touch screen built into the front door of the control cabinet, through which the control system communicates with the operators.

The control system allows for fully automatic operation of the system, and alternatively for manual operation of individual subsystems. There are a number of interlocks and safety features built into the control system, ensuring that operations, which could lead to damage of the hardware or radiation hazard are not executed.

The control system can detect any abnormal situation, since it has a number of sensors following the status of the hardware. These abnormal situations will trigger alarms, which will be communicated to the operators through the screen of the touch panel.

The blower station consists of a powerful blower and a HEPA filter. The blower is providing the necessary under-pressure required for the transfer of capsules from the robotic target handling station to the receiving stations installed in hot cells.

The capsule receiving stations are installed in hot cells and their role is to lock the capsules upon arrival allowing the operators to remove the capsules from the transport system for further processing. These stations have special doors operated by pneumatic cylinders through a toggle clamp. The doors can be open and closed by pressing the appropriate push buttons on the remote controls at any time, provided that the airlock is closed and that there is no capsule transfer in progress. The toggle clamp locks the door securely in closed position even if there is an interruption in compressed air supply, thus the hermetic isolation of the hot cell’s containment is never compromised

The airlocks, which are integral parts of the receiving stations will ensure that the interior of the hot cell remains always isolated from the environment, since the two ball valves forming the airlock are open only while the capsule is flying through them.

An interlock built into the safety system prevents opening the door of the receiving station if the airlock is open. Similarly, an interlock is preventing the opening of the airlock as long as the door of the receiving station in the hot cell is open. This ensures that the atmosphere of the hot cell is never mixed with the air in the transfer tubes and that the under-pressure in the hot cells is never compromised by leaks through the transfer tubes.