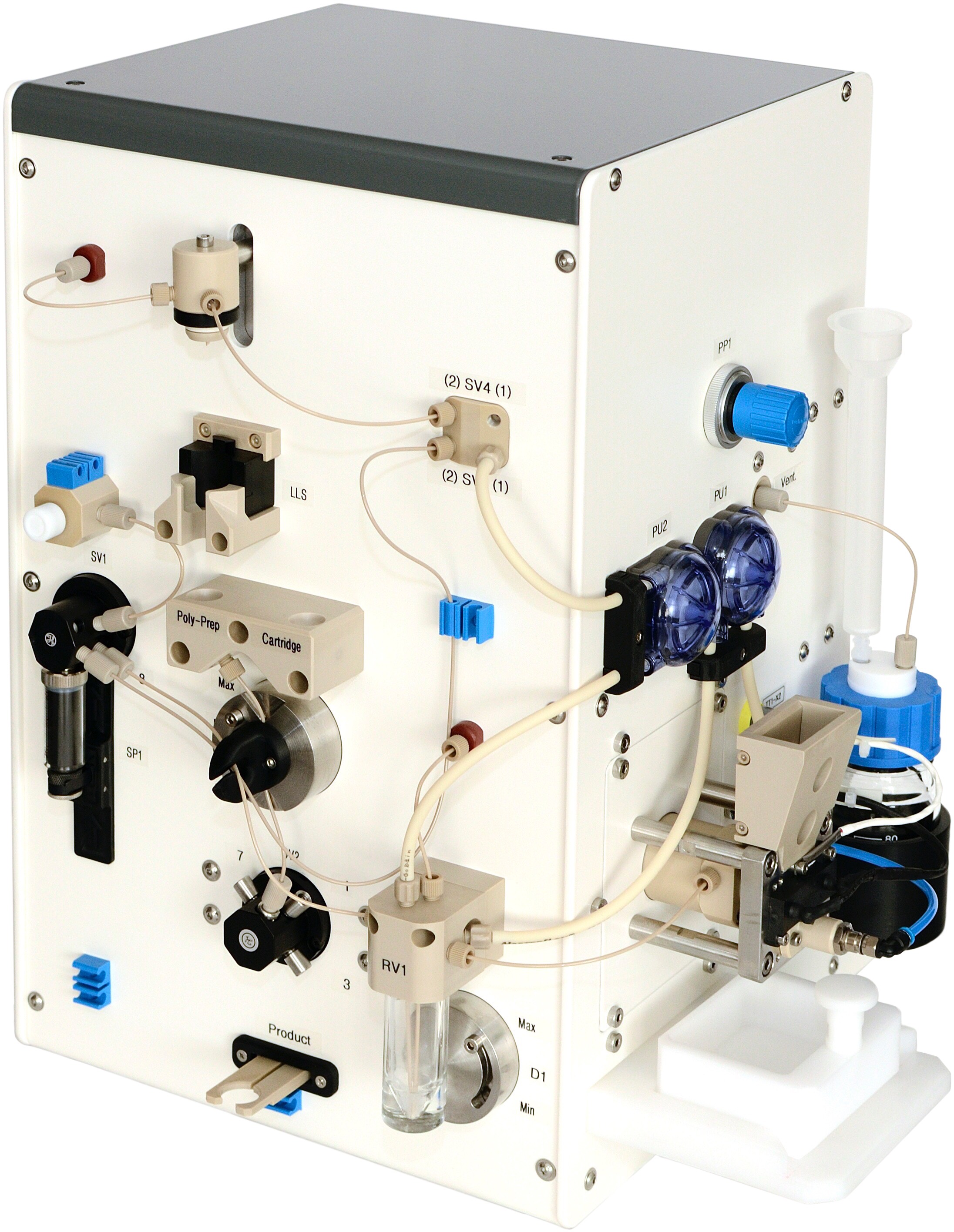 The completely redesigned Pinctada Radiometal Processing Module Model MP03 provides the user the possibility to produce highly purified radiometals from irradiated deposits on chemically inert backings (targets). The module has been particularly optimized for the production of 64Cu from irradiated 64Ni targets and 89Zr from natural yttrium targets; however it is suitable for the separation of other radionuclides from the corresponding irradiated target matrix.

The new Model MP03 has a number of improvement as compared to the previous CU02 model: